An increase in triglyceride in serum or plasma as measured on a chemistry panel is usually due to an increase in chylomicrons or VLDL, but very high concentrations of the other lipoproteins may also increase triglycerides, although cholesterol increases will be much higher. Post-prandial or pathologic increases in CM in dogs and cats can result in visible lipemia (usually with a fat layer), but this is not expected in other species. Pathologic increases in VLDL can result in visible lipemia (cloudy infranatant, no fat layer) in dogs and cats (if concentrations are high enough) and in camelids, but is rarely seen in horses and not in cattle.

The concentration of triglycerides-rich lipoproteins (CM, VLDL, and IDL) in blood is controlled by a variety of hormones. Insulin, insulin antagonists, and other hormones affect lipoprotein concentrations by activating or inhibiting the activities of lipoprotein lipase, hepatic lipase, and hormone-sensitive triglyceride lipase. These hormone regulated enzymes stimulate metabolic processes such as lipolysis and hepatocyte clearance of lipoprotein remnants. Disorders disrupting CM and VLDL metabolism result in hyperlipoproteinemia (↑ [lipoprotein]) thus leading to hypertriglyceridemia (↑ [triglyceride]). Mechanisms of the enzymes involved in lipoprotein metabolism are described below:

This is based on disruption of triglycerides by lipoprotein lipase, which breaks it apart into NEFAs and glycerol. The assay measures the glycerol component (NEFAs are a separate measurement entirely).

Serum or plasma triglyceride concentration is measured in mg/dL (conventional units) or mmol/L (SI units). The conversion formula is shown below:

Triglyceride concentrations in serum are stable for variable periods of time within a range of cold temperatures in humans: 10 days at 2-8 °C, 3 months frozen at -20°C, and several years frozen at -70°C (per product information sheet).  To maintain the highest attainable level of stability avoid repeated thawing and freezing cycles.

Low triglyceride concentrations are not of diagnostic relevance. 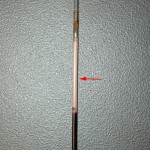 Hypertriglyceridemia is usually due to increased CM and/or VLDL and may result in visible lipemia, particularly when due to chylomicrons. It is important to remember that hypertriglyceridemia is often found in post-prandial samples due to absorption of dietary (exogenous) fat and packaging into CM. A fasting hypertriglyceridemia  indicates underlying defects in lipoprotein metabolism and is usually due to increases in VLDL (endogenous lipid production), although CM could still be persisting if lipoprotein lipase activity is reduced (e.g. lack of or resistance to insulin). Lipemia should clear within 4-6 hours after eating, illustrating the importance of collecting a fasting blood sample for clinical pathologic testing (12 hour fast recommended). In dogs, the most common causes of a fasting or pathologic lipemia are diabetes mellitus, hyperadrenocorticism, pancreatitis, and corticosteroid therapy. In horses, hypertriglyceridemia is usually due to metabolic syndrome, pituitary pars intermedia dysfunction (PPID,  used to be called equine Cushing’s disease), and excess negative energy balance (ponies, donkeys). Visible lipemia can be seen in states of negative energy balance in ponies and donkeys (and other rare conditions) and is not a feature of equine metabolic syndrome or PPID, despite hypertriglyceridemia in these conditions. In camelids, excess negative energy balance (with associated hepatic lipidosis) is a cause of hypertriglyceridemia and lipemia (usually due to VLDL Increases). In contrast, high triglyceride concentrations and visible lipemia are not seen in cattle with excess negative energy balance. This may be because cattle do not produce many VLDL in response to lipolysis, but rather shift the liberated NEFA from lipolysis to ketone production (such as β-hydroxybutyrate) or fat deposition (lipidosis) in the liver instead.