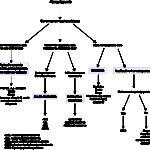 Pancytopenia is defined as anemia (typically non-regenerative), neutropenia, and thrombocytopenia. The term implies that the bone marrow is responsible for the cytopenias, with very few extramedullary diseases producing this constellation of hematologic abnormalities. Exceptions are severe bacterial sepsis which can result in anemia of inflammatory disease, severe neutropenia with a left shift and toxic change from inflammation, and thrombocytopenia due to concurrent endotoxemia (sequestration) or disseminated intravascular coagulation (consumption). Cytauxzoon felis and feline infectious peritonitis can also result in such hemogram changes, likely due to similar reasons.

When pancytopenia is present in an animal, the first thing most people think of is that the bone marrow will be aplastic and the prognosis is poor. However, there are several different mechanisms for pancytopenia, a few of which do not have a poor prognosis (such as immune-mediated ineffective marrows). These mechanisms (and causes) only be distinguished by aspiration of the bone marrow.

Myelofibrosis may be seen with many of these causes and is a secondary phenomenon that may contribute to but will not be the primary cause of the cytopenias.