In this section, we will cover the following: 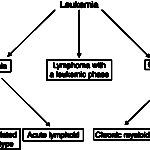 Leukemia is defined as the presence of neoplastic cells of hematopoietic origin in blood and/or bone marrow. As such, a leukemia can be of any hematopoietic cell lineage, including any myeloid cell (megakaryocyte, granulocyte, monocyte, erythrocyte) or lymphoid. In general, at Cornell University, we use three main designations for leukemia: 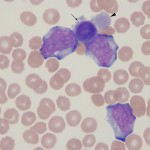 The following definitions indicate usage of common, but potentially confusing, terms, when it comes to hematopoietic neoplasia 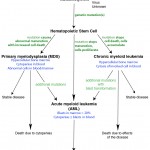 These concepts are relevant to the pathogenesis of lymphoid and non-lymphoid hematopoietic neoplasia.