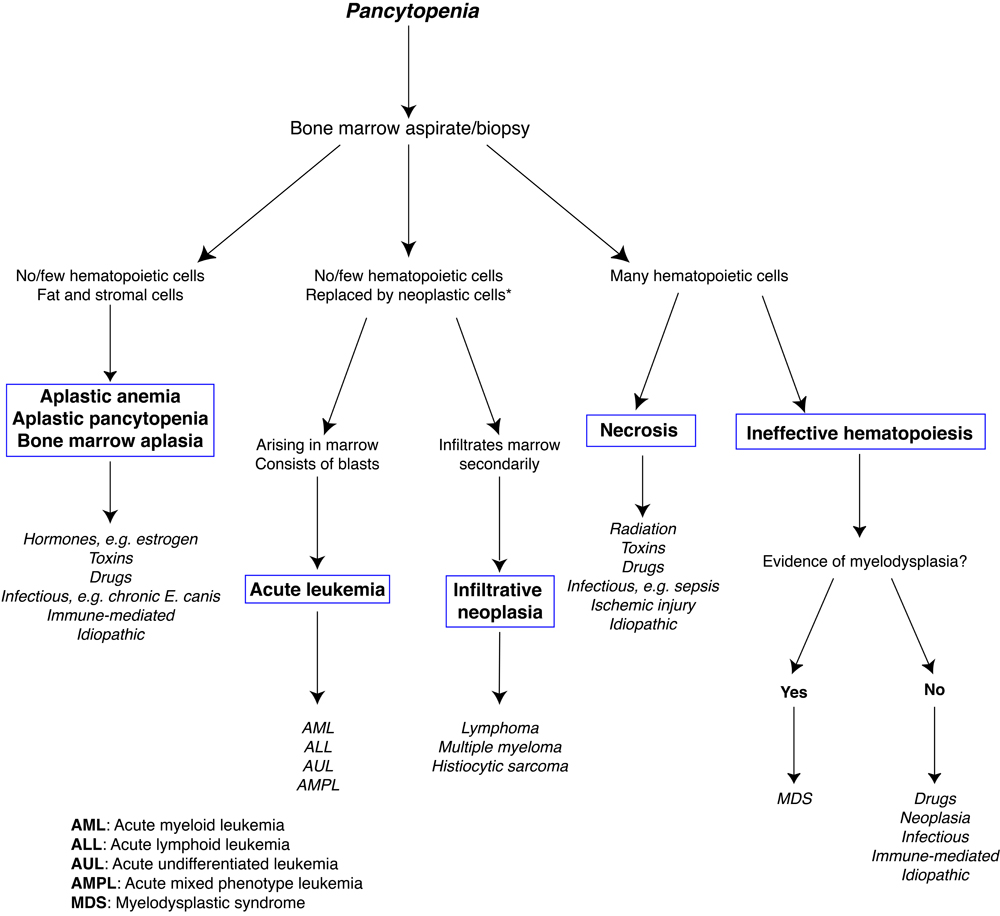 This is a flow chart representing the bone marrow findings (no/few hematopoietic cells, neoplasia, ineffective hematopoiesis and necrosis) and potential causes of pancytopenia (anemia that is typically non-regenerative, neutropenia, thrombocytopenia). Note that this a general outline and does not encompass variations of the theme. For example, dysplasia in hematopoietic cells can be seen in non-neoplastic conditions causing ineffective hematopoiesis, including toxins, drugs and cancer. However, persistent cytopenias with a hyperplastic marrow and substantial dysplasia would support a diagnosis of myelodysplastic syndrome or primary myelodysplasia, which is a clonal or neoplastic disorder. The latter is quite rare in all species other than in cats (usually due to FeLV infection), where it is now less commonly seen with the advent of FeLV vaccination.
* This scenario encompasses extensive infiltrates in marrow that replace or crowd out marrow cells (called myelophthisis). However, the more common scenario is that infiltrates are seen amongst hematopoietic cells that may not necessarily be hypoplastic or aplastic (i.e. can be normal or even hyperplastic). In the face of an infiltrative neoplasm with relatively normal hematopoiesis, we suspect cytopenias are due to an altered marrow environment (e.g. decreased availability of nutrients) or immune- or cytokine-mediated suppression of hematopoiesis (i.e. a component of ineffective hematopoiesis likely accompanies infiltrative neoplasms and primary hematopoietic neoplasms arising in the marrow, such as acute myeloid leukemia). 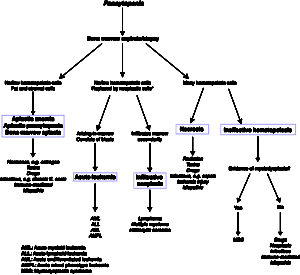