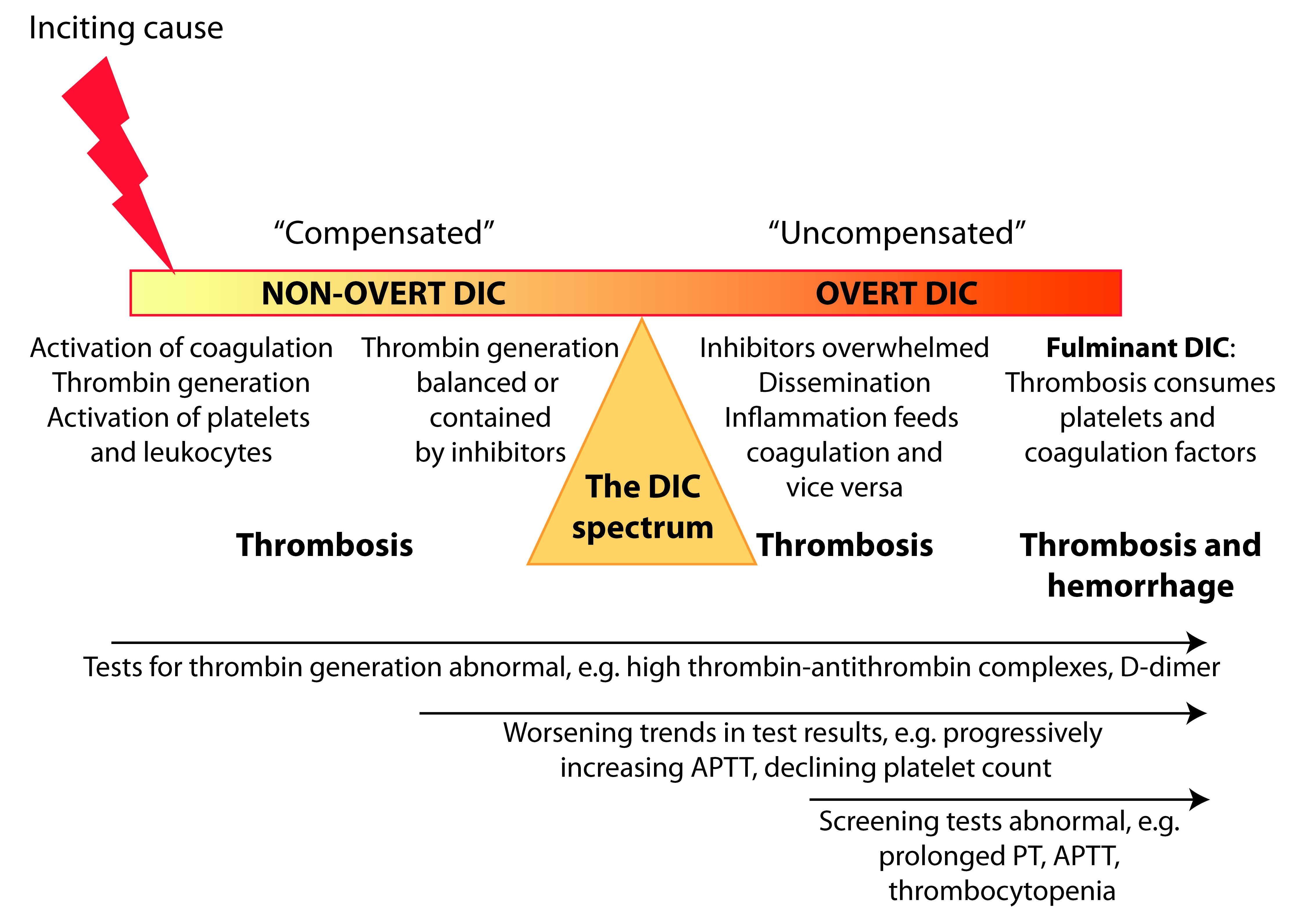 A primary disease (inflammation, neoplasia, infection, trauma) activates coagulation, resulting in the generation of thrombin, which subsequently amplifies its own production. Simultaneously, platelets and leukocytes are activated (by the underlying disease or activated coagulation factors) and release membrane-derived microparticles and exteriorize phosphatidylserine, providing a supportive framework, that amplifies thrombin production. Thrombin generation is initially restrained by several inhibitors in the “compensated” or non-overt phase of DIC. Some degree of thrombosis is likely occurring and abnormalities in hemostatic tests may be seen during this stage (particularly tests that detect thrombin activation such as thrombin-antithrombin complexes and D-dimer). As the inciting stimulus continues to activate coagulation, inhibitors become overwhelmed and inflammation is exacerbated by the hyperactive coagulation system (activated coagulation factors can potentiate the inflammatory response, by stimulating inflammatory cytokine release from cells). An “uncompensated” phase or overt DIC then ensues, in which thrombin generation becomes uncontrolled and systemic. This results in widespread thrombosis with abnormal hemostatic test results that are typical of DIC, e.g. prolonged APTT, thrombocytopenia. Platelets and coagulation factors eventually become deficient manifesting as hemorrhage, particularly in species with robust fibrinolysis, such as the dog. Deficiencies have been mostly attributed to consumption with thrombosis, however other mechanisms are likely operative (such as enhanced hepatic clearance of platelets and cleavage of coagulation factors by proteases, such as thrombin). Note that these phases do not always naturally segue into one another. For instance, massive head trauma may immediately result in overt DIC from release of tissue factor in the brain, whereas low-grade inflammation may incite a more slow-burning controlled process (non-overt DIC) that may not progress. 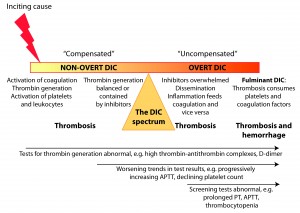