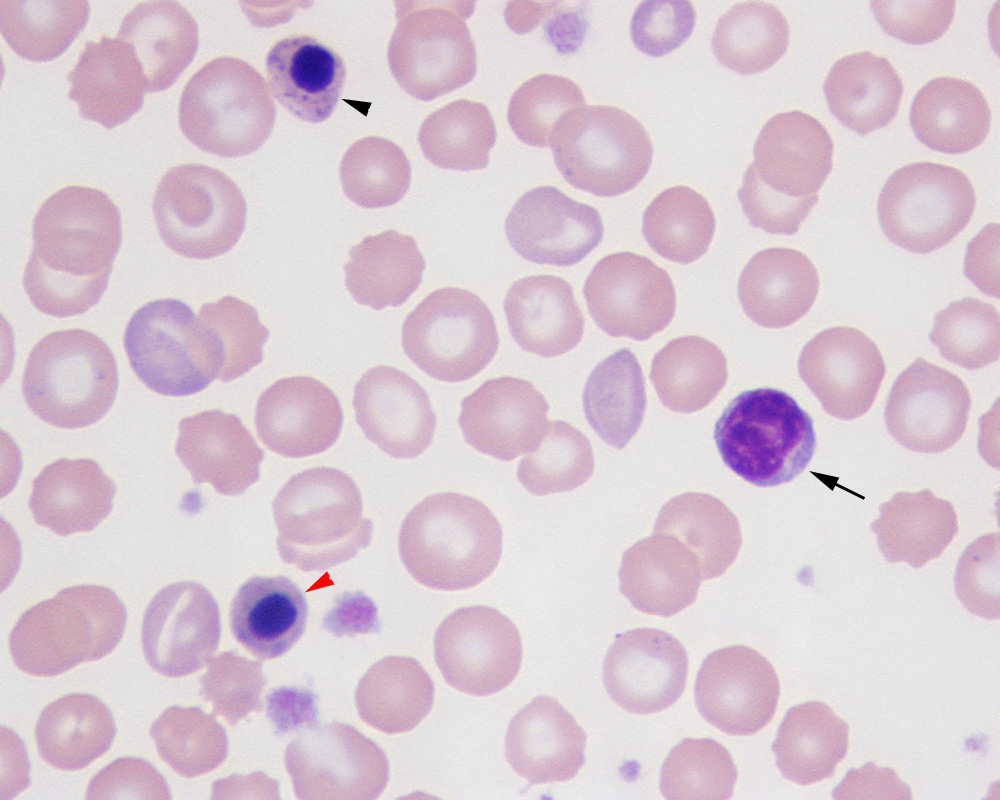 This image shows two nucleated RBC (polychrmatophilic to orthrochromic metarubricytes), one with basophilic stippling from RNA in the cytoplasm (black arrowhead) and another without basophilic stippling (red arrowhead). A small lymphocyte (arrow) is also present. The latter can be distinguished from the nRBC by the following features:
Nuclear chromatin: The lymphocyte has a viable nucleus with clumpy to blocky chromatin, whereas the nRBCs have pyknotic nuclei with condensed chromatin.
Cytoplasm color: The lymphocyte has a blue cytoplasm whereas the nRBC have a cytoplasm the color of mature erythrocytes (red) or immature polychromatophils (purple). In this case they are more red than purple.
Borders: The cytoplasmic border of the lymphocyte is smooth and uniform and more “ruffled” or irregular in the nRBC. 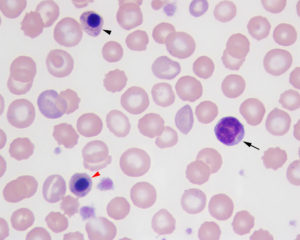