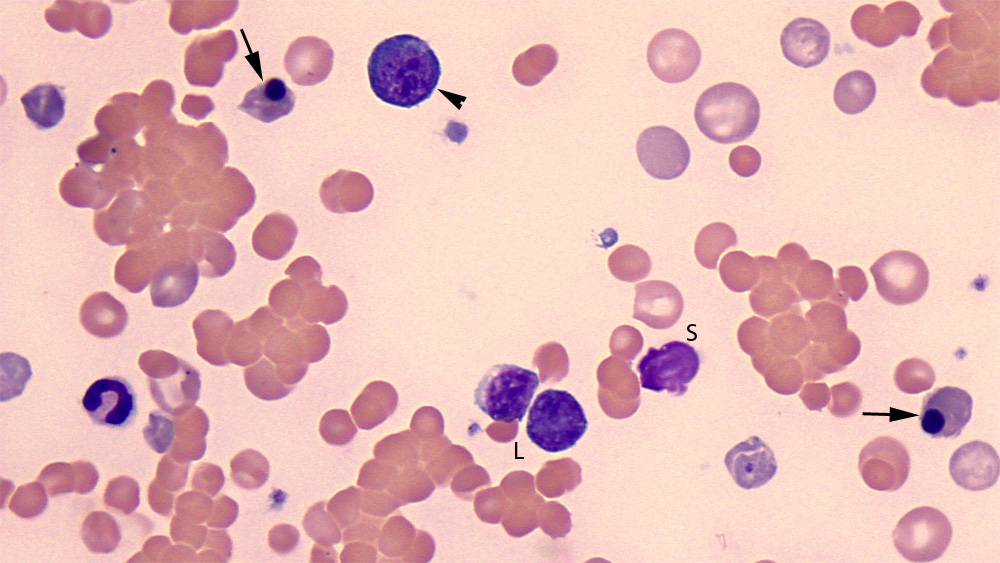 Blood smear from a dog with immune-mediated hemolytic anemia: The dog had large numbers of nucleated red blood cells (nRBC) in blood (50 per 100 WBC). Most of the nRBC had condensed pyknotic nuclei and red or purple (arrows) cytoplasm, which is the most mature stage of nRBC (orthrochromic or polychromatophilic nRBC). However, even more immature stages, such as basophilic rubricytes to prorubricytes (arrowhead). These cells can be difficult to distinguish from lymphocytes, but the latter have blocky or clumpy chromatin (a mixture of eu- and heterochromatin) and variable, but usually small amounts of light blue cytoplasm (L). Low numbers of smudged cells (S) may be seen in any blood smear (Wright’s stain, 100x objective) 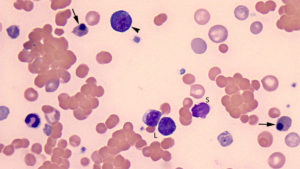