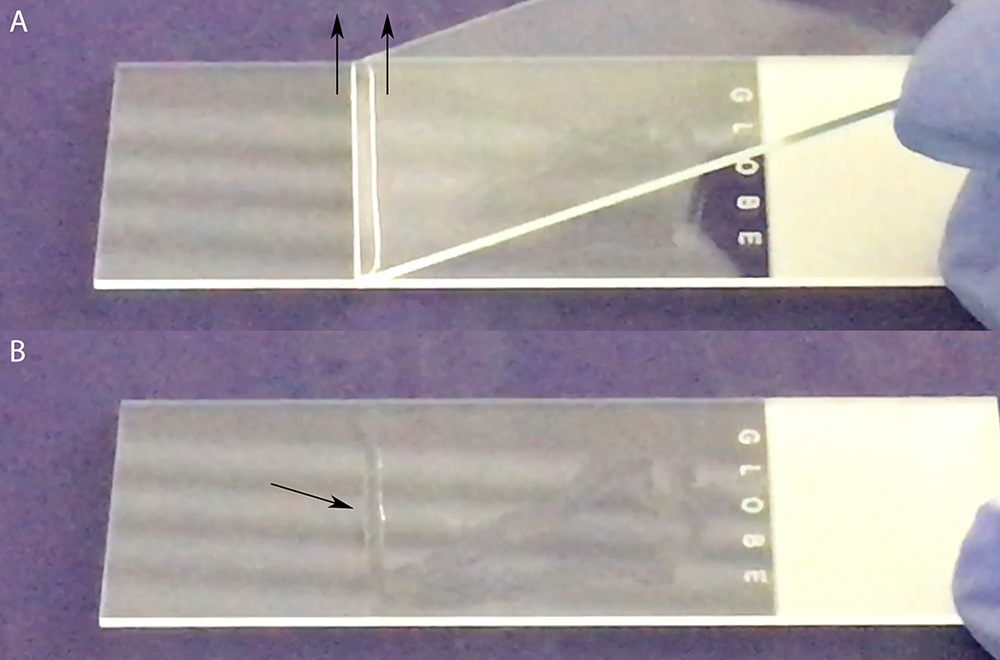 This technique is handy to use when you lack a cytocentrifuge and have a sample of low cellularity (clear or transparent to slightly cloudy). It is also useful for urine. This technique “concentrates” the cells in a “line” at the end of the smear. To make a line smear you: AStart off using a drop of fluid near the frosted edge and use a standard blood (“wedge”) smear technique, moving the drop of fluid forward with the spreader slide until approximately ¾ of the way down the slide. Then you stop the forward motion and lift the spreader slide directly off (upward black arrows). By so doing you: B create a line (arrow), in which cells are concentrated (the cells are dragged to the “line” by friction of the edge of the spreader slide). To make the end of the smear or the “line” wider, the end of the slide at the line is lifted up, allowing the fluid to run back on itself a little (not shown). The “line” should then be rapidly dried with a hairdryer directed towards the back of the slide (on high). A marker pen can be used to mark the location of the line (not shown). 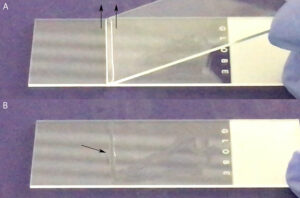