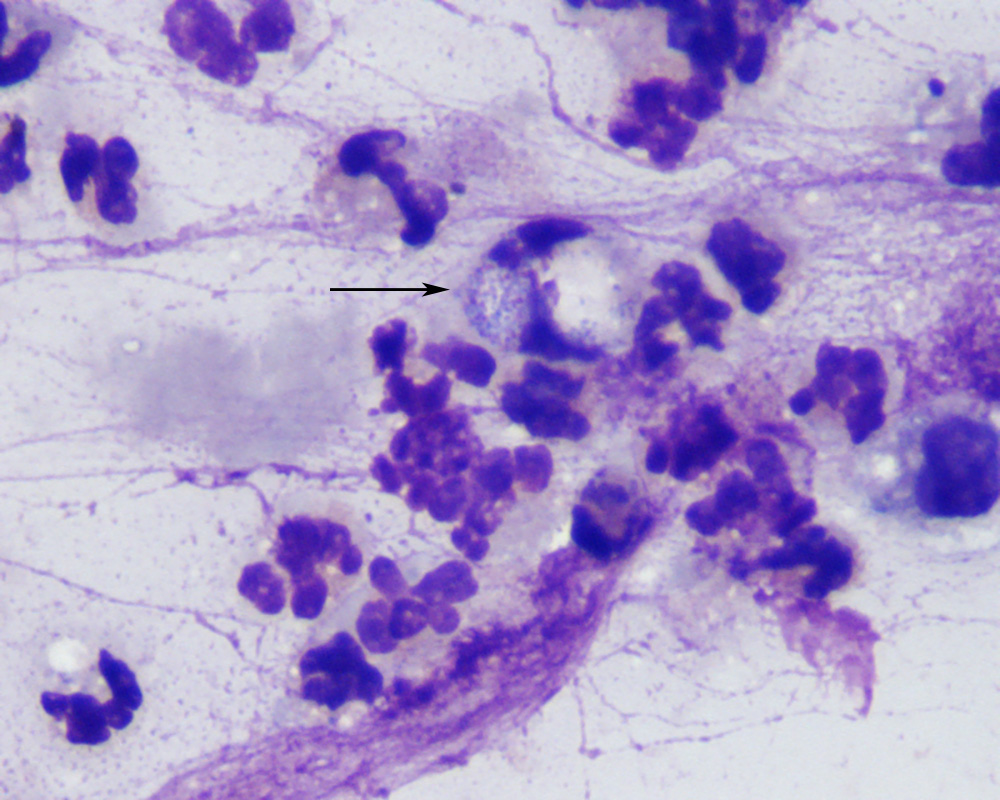 In this aspirate of aqueous humor from a dog, there are numerous neutrophils, some of which are difficult to recognize as they are undergoing karyolysis (degenerative change). Note the central degenerate neutrophil (arrow). The cell is larger than normal with distended vacuolated cytoplasm and a slightly swollen enlarged nucleus (indicating it is undergoing karyolysis and taking up water into the cytoplasm and nucleus). The neutrophil contains small phagocytized bacteria in the cytoplasm, which was Brucella canis on culture (Wright’s stain, 100x objective). Contrast the swollen (degenerate) appearance of the neutrophils to that of the neutrophils in the previous image, which are not degenerate. 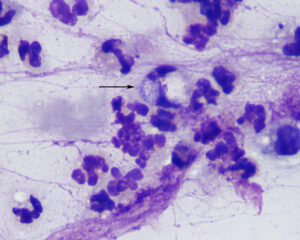