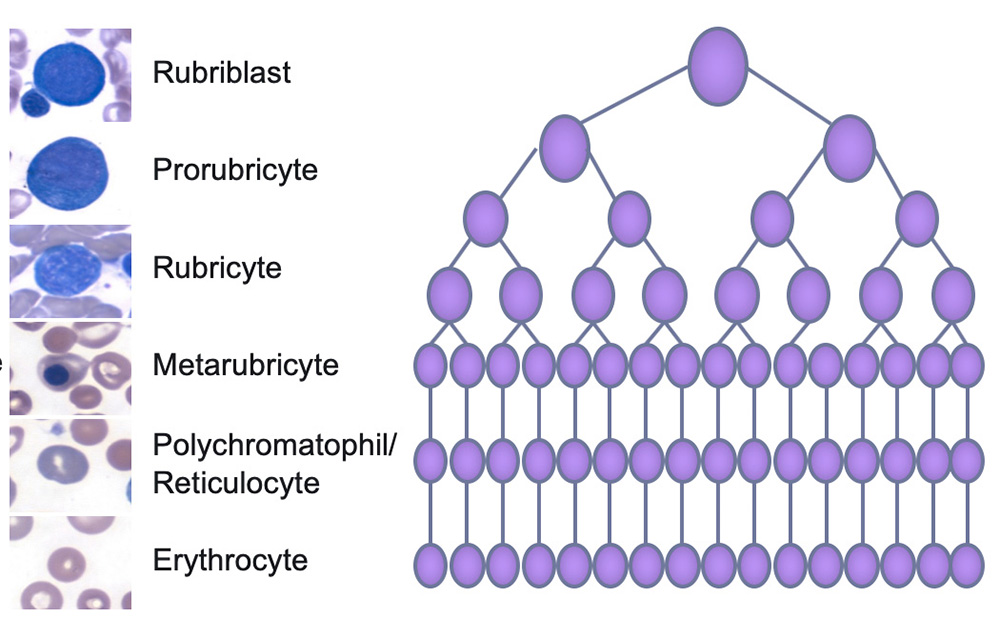 Erythropoiesis proceeds in an orderly and pyramidal fashion. The earliest precursor is the proerythroblast (rubriblast and prorubricyte), which is also the least abundant cell. On smears, the cells have round nuclei, fine chromatin, nucleoli (in rubriblasts) and deep blue cytoplasm. As erythroid progenitors differentiate, they become smaller, their nuclei start becoming pyknotic (basophilic rubricyte) and they acquire hemoglobin (polychromatophilic rubricyte). The nucleus becomes fully pyknotic (polychromatophilic metarubricyte) and is eventually expelled, forming the polychromatophil (recognized as a reticulocyte with RNA binding methods). This matures in the marrow or circulation to a macrocyte or mature RBC, which just contains hemoglobin and has no protein synthetic machinery (RNA in the form of ribosomes or polyribosomes). Some metarubricytes may lack RNA and are red (orthrochromic metarubricytes). With each division, differentiating RBCs become more abundant such that the more mature cells (polychromatophils and mature RBC) dominate in marrow. 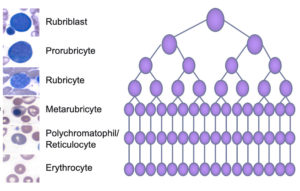