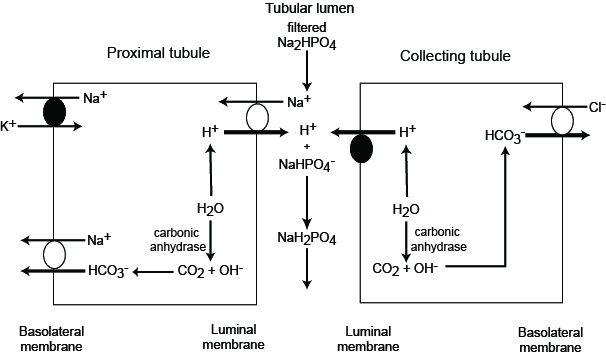 During daily amino acid metabolism, acids (mostly in the form of phosphates, but also sulfate, hippurate and citrate) are produced and must be eliminated (called titratable acidity). This is done via the kidney, which eliminates hydrogen in exchange for generating new bicarbonate as follows: 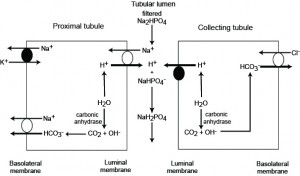