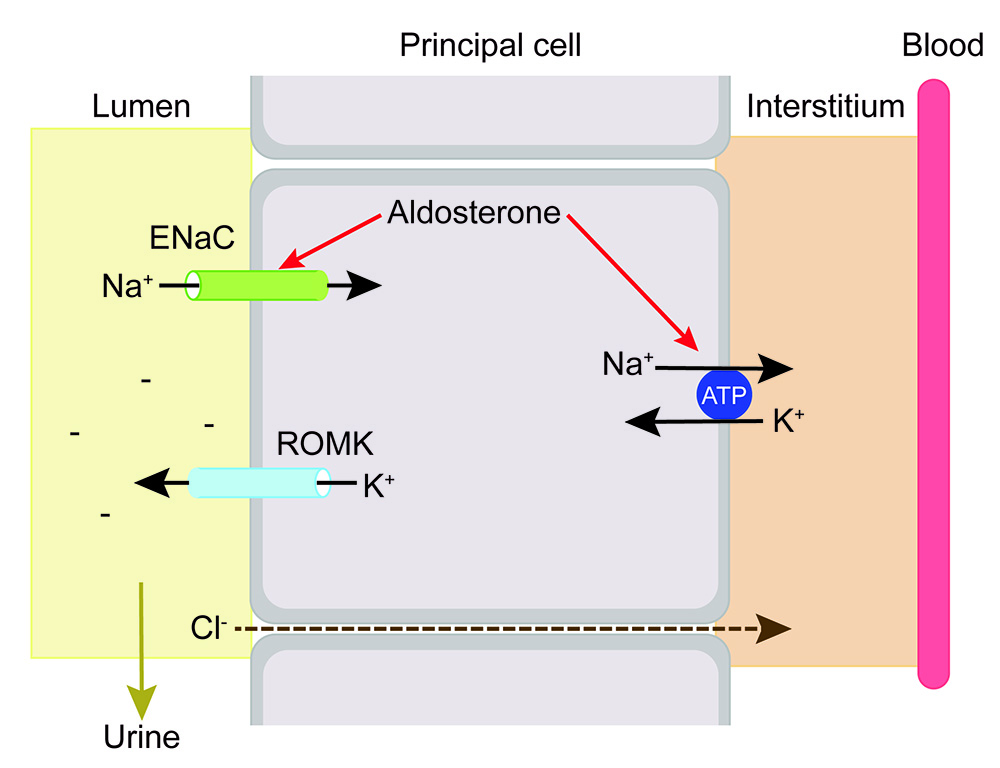 Principal cells are found primarily in the collecting duct and distal part of the distal convoluted tubule in the “aldosterone”-sensitive part of the nephron. Sodium that is delivered to these segments is absorbed by the apical sodium transporter (ENaC), whose activity is stimulated by aldosterone. The sodium is exported from the cell into the interstitium and blood via the basolateral sodium/potassium pump, which also provides the energy for the transporters. This pump is also stimulated by aldosterone.
The absorption of sodium generates a lumen-negative potential difference (more negative in the lumen), which facilitates either passive paracellular transport of chloride or excretion of potassium by the renal outer medullary potassium (ROMK) channels, to maintain electroneutrality. Aldosterone stimulation of sodium absorption (apically and basolaterally), particularly under states of increased distal sodium delivery, explains why this hormone increases sodium but decreases potassium via promoting excretion of the latter. In states of potassium depletion, hydrogen is pumped out into the lumen in exchange for sodium and excreted in the urine (usually with chloride). 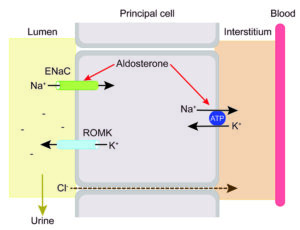