Biochemistry: The cat has a severe hyponatremia and hypochloremia, as well as a hypocalcemia (albumin was within the reference interval), and moderate hyperglycemia. The chloride is disproportionately decreased relative to the sodium, supporting the history of vomiting. The hypocalcemia is concerning for tissue deposition (saponification of fat) given the clinical index of suspicion for pancreatitis/steatitis. 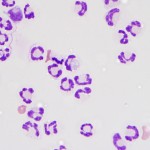 Figure 2: Peritoneal fluid from a dog with septic peritonitis

The choride corrects to 107 mEq/L, therefore there is a disproportionate decrease in chloride relative to sodium. This is biochemical evidence that supports vomiting, with a concurrent primary metabolic alkalosis (question 1). The hyperglycemia is most likely due to stress (corticosteroid-mediated antagonsim of insulin), because no glucosuria was noted. The total nucleated cell count (2,600 cells/uL) is at the upper end of the limits for a transudative fluid (3,000 cells/ul, although some references use 2,500 cells/ul) and the protein concentration is within the exudative range. The cellular composition is not consistent with normal peritoneal fluid, which would consist largely of viable mononuclear cells. The pkynotic cells appear to be a mixture of predominantly neutrophils with fewer macrophages, although given the degree of cellular death, cellular identification and the differential cell count are more subjective than typical. The peritoneal fluid, as a whole, is supportive of an exudative process, regardless of nucleated cell count and illustrates that cell counts and total protein should not be used, without cytologic assessment, to classify mechanism of an effusion (question 2). The abundant numbers of pkynotic cells are not typical of a septic abdomen (question 3). In most cases of a perforated GI system, neutrophils are degenerate, and often bacteria can be microscopically identified extracellularly or within neutrophils. An example of degenerative change in neutrophils is shown in Figure 2 from a dog with septic peritonitis. The fluid from this cat was submitted for culture to rule out a septic component. The lactate level in the fluid was only slightly higher than in blood, and the glucose values were similar to blood. These findings reduce the likelihood that the effusion is septic in nature (a gradient indicating more substantial glucose consumption in the abdomen would be more consistent with sepsis). The vacuoles in both the neutrophils and macrophages are clear with very well-defined margins. Cytologically, this material is consistent with lipid (question 4). The number of apototic cells, along with the lipid vacuoles within many phagocytes, placed pancreatitis and steatitis high on the differential diagnostic list.

Given the concern over the possibility of a foreign body and evidence of devitalizing tissue in the abdomen, the cat was taken in for an exploratory laparotomy. An inflamed pancreas was suspected grossly, and there was evidence of severe inflammation involving the mesentery and omental adipose tissue. The suspect foreign material was identified as long blades of grass and no perforation was identified. Multiple biopsies were collected. Culture results of both the peritoneal fluid and liver tissue were negative. Histopathologic evaluation of the biopsy of the pancreas did not show inflammation, but mild nodular hyperplasia was identified. Severe necrotizing steatitis with saponification of fat was found in the omental tissue. In the liver biopsy, small foci of necrotic hepatocytes were identified, along with an increased amount of lipofuscin in centrilobular hepatocytes (suggesting oxidative injury) and scant mixed inflammatory infiltrates along the portal tracts. These findings did not support cholangitis or cholangiohepatitis. After a few days of supportive care, which included treatment for steatitis, the cat improved and was discharged to the care of the owners.

An underlying pancreatitis cannot be fully excluded, because inflammation may have been present in unsampled areas of the organ. Histopathology is generally considered the gold standard in diagnosing pancreatitis, but it is not without limitations. The most specific and sensitive biochemical test for pancreatitis is currently feline pancreatic lipase immunoreactivity (fPLI). This test measures the amount of pancreatic lipase by immunological methods (that detect the protein sequence) rather than lipase activity that is promiscuous across all lipases, regardless of tissue origin. This test is less sensitive in detecting chronic pancreatitis.1  As of mid-June 2015, the Clinical Pathology Laboratory at Cornell University will be offering a DGGR standard chemistry method for measurement of serum or plasma lipase in dogs and cats.  This assay is more sensitive than the current method used to measure lipase and correlates well with the fPLI, although will not be as sensitive as the latter assay.2 The source of the lipid is likely from enzymatic digestion of abdominal fat or leakage from the lymphatics. Erosion of the lymphatics has been proposed to underlie the chylous ascites in 4% of human patients with chylous abdominal effusions.3

The cause for the high degree of apoptosis in this cat’s peritoneal fluid is not well understood at this time. We suspect that lipids are likely involved and possibly other enzymatic mediators released from inflamed tissues. Lipids are known to be toxic to cells due to their detergent-like properties on the cell membranes and induction of endoplasmic reticulum stress. Identification of additional mechanisms behind lipotoxicity is an active area of research. Interestingly, apoptotic cell death has been widely implicated in the pathogenesis of pancreatitis in people. The ascites fluid from human patients with pancreatitis has been documented to cause pancreatitis when injected into healthy rats and induction of apoptosis of leukocytes.4 Chemical induction of pancreatitis in animal models induces apoptosis in alveolar epithelial cells, renal tubular cells, gut epithelial cells, and hepatocytes within approximately 6 hours of disease onset. 5 Given the small foci of dying hepatocytes in this cat’s liver in the context of sparse inflammation, it is interesting to speculate that perhaps a pancreatitis apoptosis-inducing factor was indeed present. Contrary to this, the neutrophils isolated from human pancreatitis patients actually display a delay in spontaneous apoptosis.6 The cat in this case was overweight, which has been associated with a increase in cell death within adipose tissue in obese people.7 Hypoxic and inflamed abdominal adipose tissue may have been the underlying cause for this cat’s peritonitis, with or without the added complication of pancreatitis.