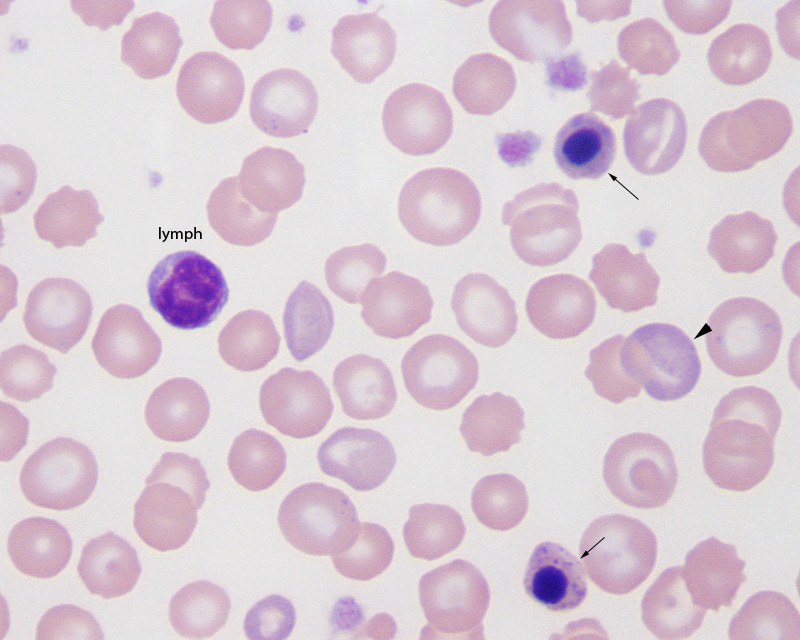 In this blood smear from a dog with a regenerative anemia, there are two nucleated RBC (arrows) and one lymphocyte (lymph). They have red to purple cytoplasm and basophilic stippling (more evident in the lower cell), pyknotic nuclei and slightly raggedly borders. In contrast, the lymphocyte has an indented nucleus with lighter chromatin and small amounts of blue (not red or purple) cytoplasm. Since the dog has a regenerate anemia, as seen by the numerous polychromatophils (one is shown by the arrowhead), this number of nRBC may be expected (Wright’s stain, 1000s magnification). 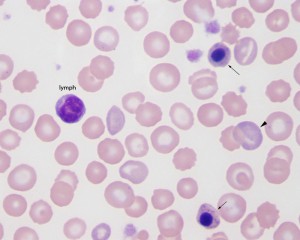