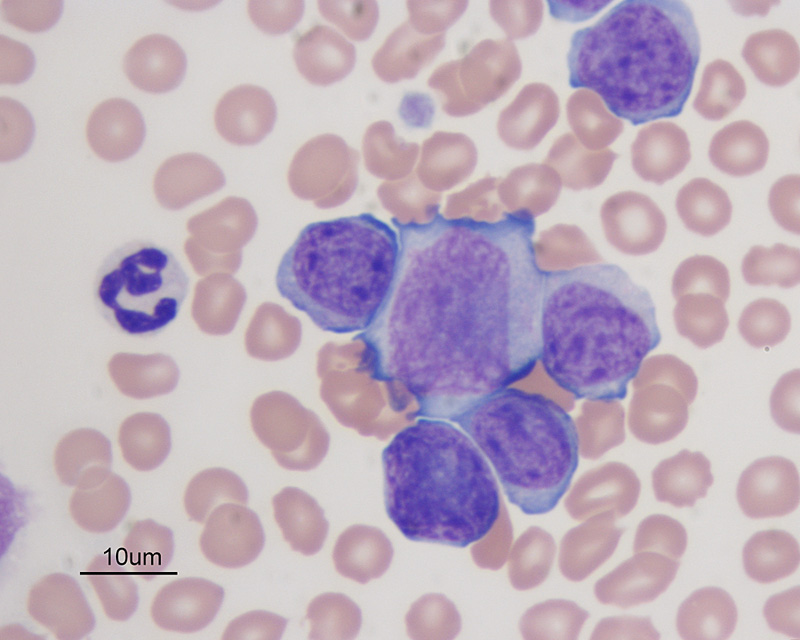 This dog had a moderate leukocytosis (50,000/uL) consisting mostly of intermediate to large cells with some heterochromatin (clumping) and small amounts of light blue cytoplasm. Numerous cells had faint barely discernible red cytoplasmic granules (not shown). The dog had a concurrent neutrophilia and mild thrombocytopenia, but was not anemic. The leukemia was phenotypes with flow cytometry as a cytotoxic T cell (positive for CD3, CD5, CD8, MHCII) and was negative for the stem cell marker, CD34. Although this type of chronic leukemia generally behaves in an indolent fashion, in this dog, the disease course was aggressive, which is more compatible with an acute leukemia. 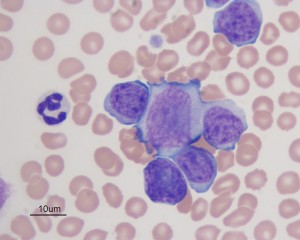