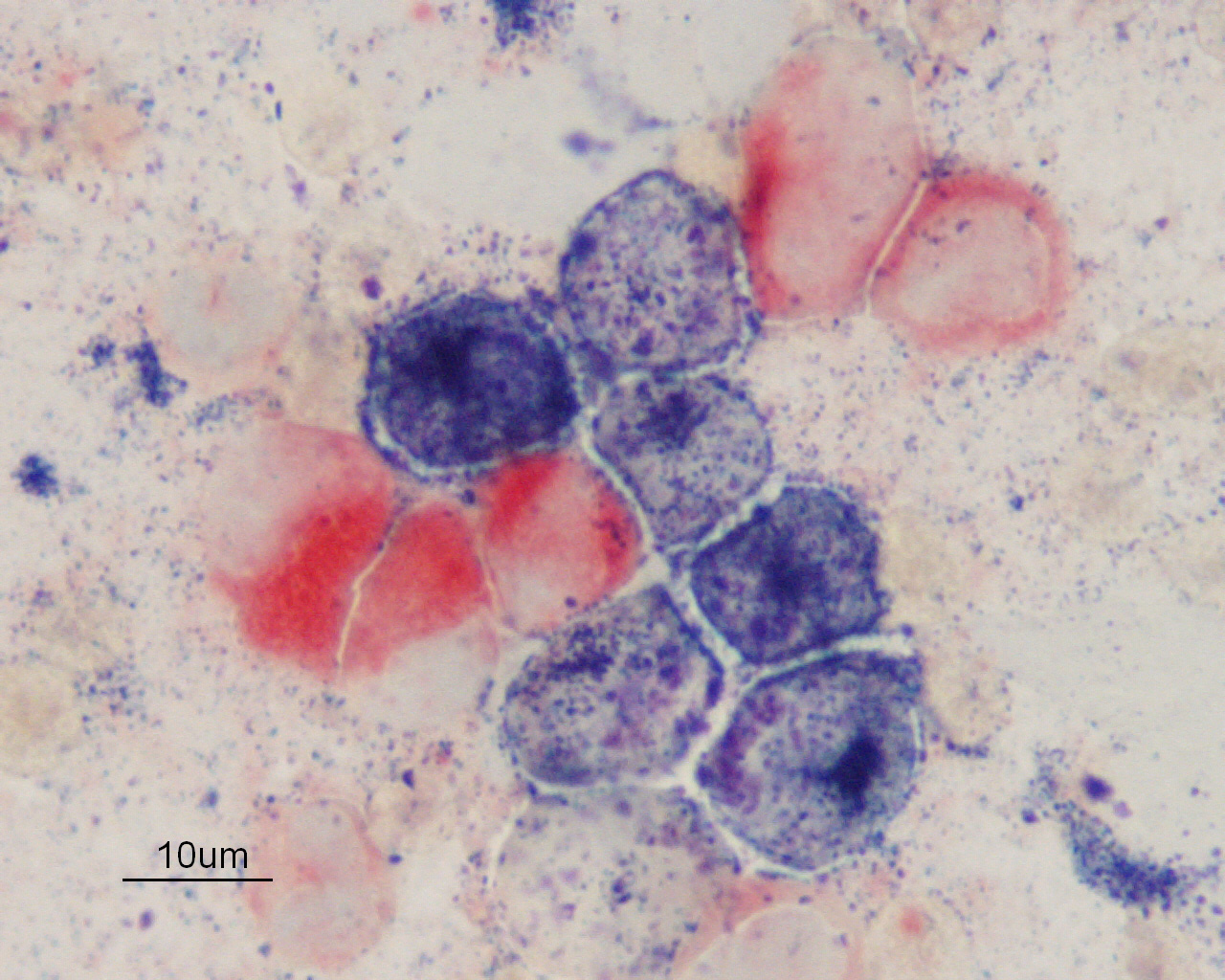 Bone marrow aspirate from a dog with acute leukemia (around 40% marrow blasts, with evidence of neutrophilic and monocytic differentiation in Wright’s-stained smears of bone marrow (not shown) were incubated with substrates for leukocyte alkaline phosphatase (LAP, a marker of canine monoblasts) and chloroacetate esterase (CAE, a marker of differentiating neutrophils). Several large cells (with large pleomorphic monocytoid nuclei) that were strongly positive for LAP (blue) are evident, some of which are weakly positive for CAE (red). Differentiating neutrophils (myelocytes, metamyelocytes and band neutrophils, as seen by the nuclear shapes) are strongly positive for CAE, but negative for ALP. The results confirmed an acute myelomonocytic leukemia (AML-M4). 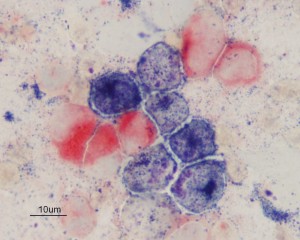