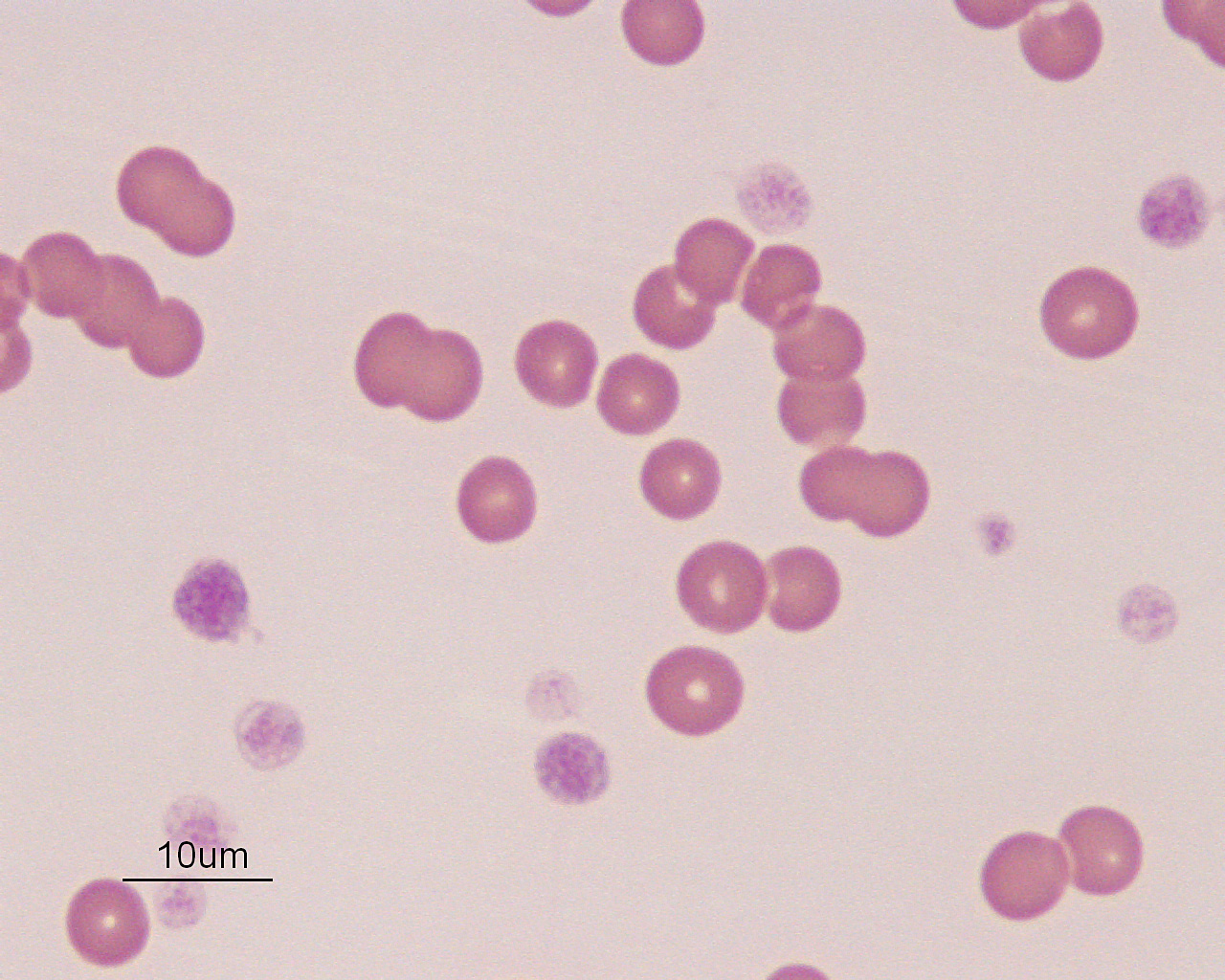 This dog had a severe anemia (6%) but was clinically stable, only demonstrating mild weakness and moderate tachycardia and tachypnea. This suggested a long-standing anemia, allowing time for cardiovascular compensation. There was no evidence of regeneration in the blood (absolute reticulocyte count of 4,000/uL; reference interval 11-92,000/uL) and the leukocyte and platelet counts were normal and increased, respectively. Platelets were quite large, suggesting increased thrombopoiesis. Some mild rouleaux formation is evident, indicating increased globulins. A bone marrow aspirate revealed an erythroid hyperplasia, with left shifted erythroid maturation (more immature than mature erythroid progenitors), a mild lymphocytosis and plasmacytosis, and increased bone marrow iron (from increased intramedullary death of erythroid cells). Megakaryocytes were also increased (megakaryocytic hyperplasia). These findings were compatible with ineffective erythropoiesis, due to a non-regenerative immune-mediated anemia, or precursor directed immune-mediated anemia (PIMA). The dog had a weak positive Coombs test. A chemistry panel revealed high globulins and a high iron and percentage transferrin saturation on a chemistry panel. The high iron and transferrin saturation are also characteristic of this disorder, indicating increased iron turnover from RBC destruction in the marrow. The high platelet count was attributed to a cytokine-mediated reactive response and the increase in globulins was thought to be secondary to an immune response (antigenic stimulation). Neither of these responses (thrombocytosis, increased globulins) is a characteristic feature of this disorder in dogs. 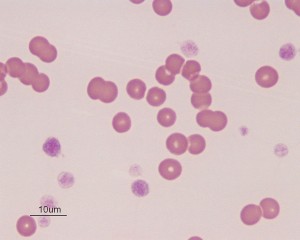