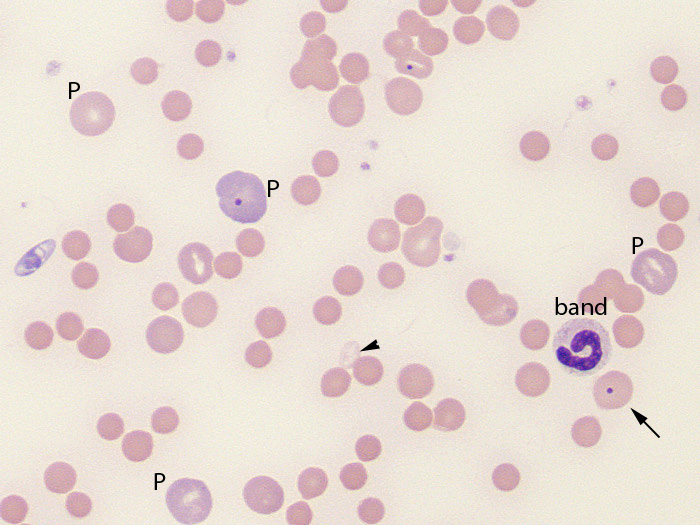 Numerous spherocytes are evident in this blood smear from a dog with a severe anemia (HCT 12%, reference interval, 41-58%). The dog had numerous polychromatophils (aggregate reticulocytes), with an absolute reticulocyte count of 200,000/uL (reference interval, 11-92,000/uL), indicating a moderate regenerative response. Macrocytes with a Howell jolly body are also present (arrow indicates one such cell) and are attributed to the regenerative response. A ghost cell could be an artifact of smear preparation, but concurrent immune-mediated intravascular hemolysis cannot be ruled out. The serum was not hemolyzed and there was no hemoglobinuria arguing against a large component of intravascular hemolysis. Dogs with classic regenerative immune-mediated hemolytic anemia frequently have concurrent inflammatory leukograms (leukocytosis with a left shift in neutrophils and mild toxic change). A band neutrophil (band) that is not demonstrating toxic change is also present in this smear (Wright’s stain, 1000x magnification). 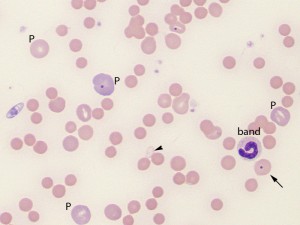