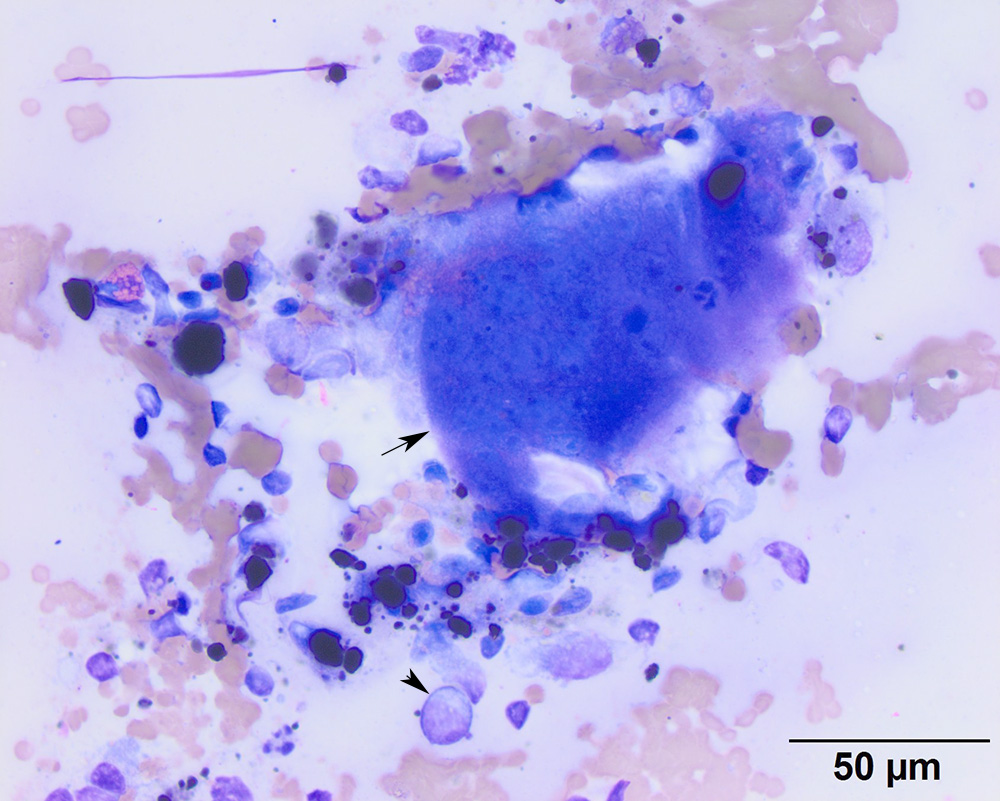 A multinucleated giant cells with round nuclei containing single nucleoli is shown. Most of the cytoplasm is blue, however there is a faint pink tinge on the edges (arrow). The uniform nuclei with single nucleoli and pink-tinged cytoplasm is characteristic of osteoclasts, leading to the term osteoclast-like giant cell (OCLGC). There are also increased numbers of inflammatory cells, including hemosiderin-containing macrophages, lymphocytes, and low numbers of neutrophils and eosinophils. Most of the lymphocytes were small cells, with a few larger versions (arrowhead) (50x objective, modified Wright’s stain). 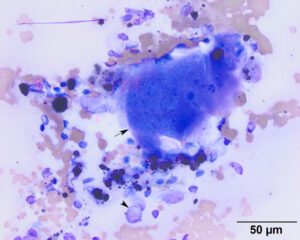