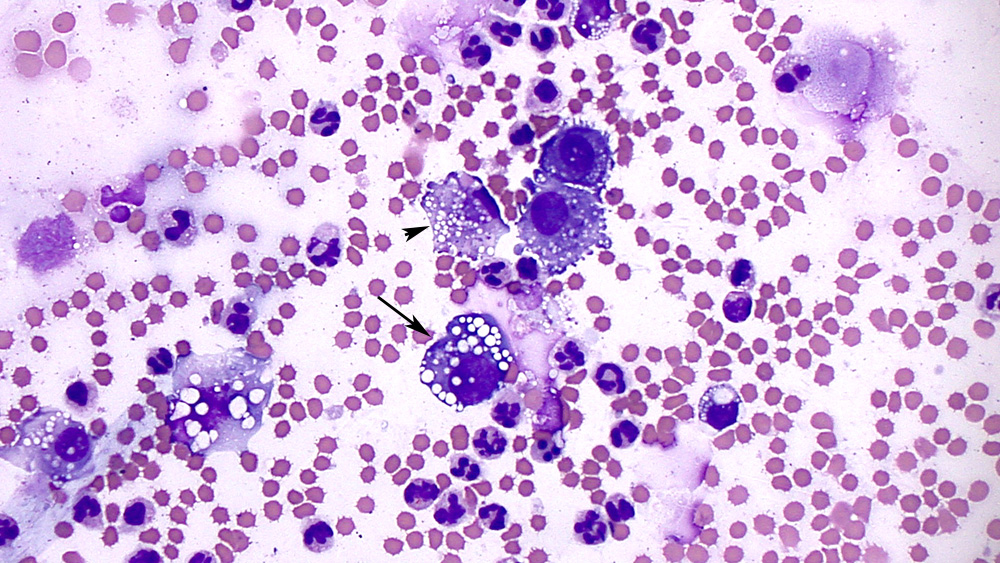 A tumor cell with an eccentric nucleus and clear cytoplasmic vacuoles with discrete margins (arrow) is difficult to distinguish from a macrophage (arrowhead). The latter appears phagocytic, containing fragments of cells and other non-specific debris in the cytoplasm. There are increased numbers of non-degenerate neutrophils in the background, along with many echinocytic red blood cells (modified Wright’s stain, 50x objective, sediment smear). Echinocytosis was an artifact in this mailed-in sample, but erythrophagia was seen in a direct smear provided with the fluid, indicating it was occurring in vivo. Hemosiderin in the macrophages also indicated prior hemorrhage (and is not a storage artifact). 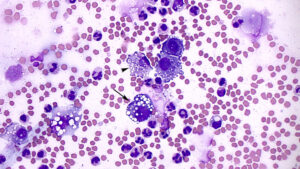